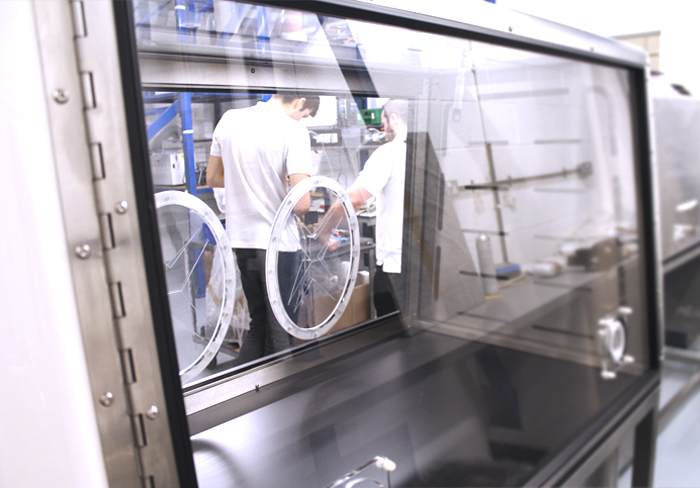 Containment Technology Services – CTS Europe –  specialises in the containment of airborne particles often present when handling drug compounds within the laboratory, and has many years of experience in the supply of proven containment solutions.

CTS  have focused on the production of custom laboratory containment which has progressively led to the development of a solid range of laboratory safety enclosures. From specialist powder weighing enclosures to automation enclosures, climatically controlled enclosures  systems and to complete enclosed laboratory processes

In the laboratory, the weighing operation has been identified as the most obvious source of contamination of potent compounds. During this operation the analysts is very often in close proximity to the drug, increasing the risk of exposure to these contaminants. 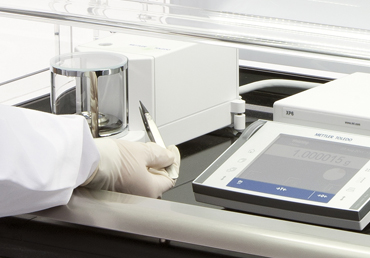 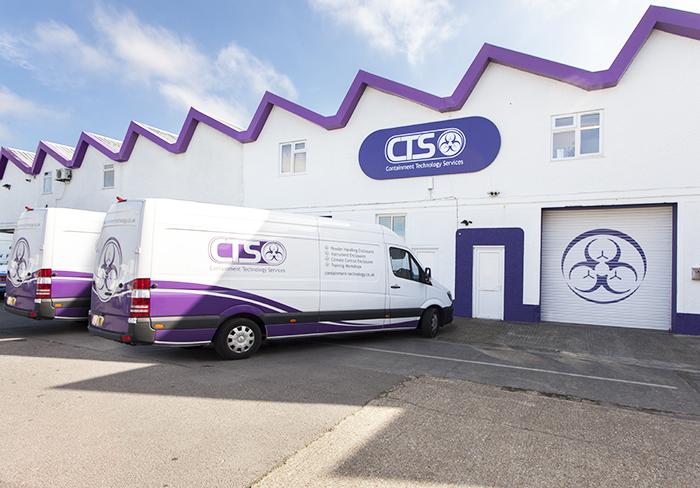 CTS were formed by director Sean Codling who following several years as a manager of a leading provider of containment solutions for chemical analysis, decided to develop and manufacture his own portfolio in 2010.

In 2012, CTS positioned themselves as a world-leading innovator for containment systems with the launch of their Lab-Bubble system, a portable benchtop fume hood. Following the Lab-Bubble’s success, CTS extended and launched their Stainless Steel solutions enabling them to conform to GMP standards and to develop their high potency range of fume cabinets, specially designed for the handling of high potency drugs.

In 2015, CTS expanded and created a KI-Discus test group division which have recently launched a new testing system for microbiological cabinets. CTS rapid growth and continual developments have resulted in the increase of their steel fabrications capabilities and the expansion of their engineering design office this year. Following the company’s 2014 relocation to their current headquarters in Portsmouth, CTS now plan to move to bigger premises next year.

WINNER OF THE QUEEN'S AWARD FOR ENTERPRISE: INNOVATION 2019

Specialists in the supply of glovebox gloves for laboratory applications. We aim to supply the best solution for your glovebox application. gloveboxgloves.co.uk

To discuss potential applications for containment or to request catalogues, quotations or further company or product details,
please fill in the short form below and we will get back to you as soon as possible.

This website uses cookies to improve your experience while you navigate through the website. Out of these, the cookies that are categorized as necessary are stored on your browser as they are essential for the working of basic functionalities of the website. We also use third-party cookies that help us analyze and understand how you use this website. These cookies will be stored in your browser only with your consent. You also have the option to opt-out of these cookies. But opting out of some of these cookies may affect your browsing experience.
Necessary Always Enabled
Necessary cookies are absolutely essential for the website to function properly. This category only includes cookies that ensures basic functionalities and security features of the website. These cookies do not store any personal information.
SAVE & ACCEPT